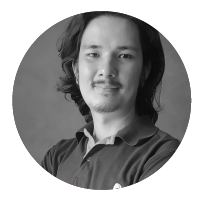 Soccer with friends on Saturday…

The first 10 minutes go well, you run through the sides, throw deep passes, and even score a goal in a rebound from a shot.

And from the eleventh minute on? Breathless, walking, talking more than playing. Yes, you laugh, have fun, that’s the point, right? Of course it is. “But aren’t I out of shape?”, you think, while sipping your post-game beer. At the same time, that guy more fit geek look at the game’s data on the cellphone, captured by his smartwatch.

Miles ran, burnt calories, heartbeat. The only thing missing was to show the nutmeg he did to you in the last minutes of the game. As if that weren’t enough, he says, when sipping his beer too: “I’ll have a 10% discount in my health care plan this month!”

Is it just that watch? Actually, applications such as Google Fit, Nike+ Running Club and Nike+ Training Club are available to almost every smartphone, without the need to use any additional device. But the wave of wearables had an impacting arrival a few years ago, and despite some disappointments, we still have hope! After all, technology doesn’t exist only to make bunny headsets with an attached sound box, right?

And it doesn’t stop there. As your annoying friend from the soccer game has already realized, taking care of the health might be advantageous to your pocket. In this case, with discount in health care plans and, of course, medical bills.

The most successful wearable of all times

If you have never heard the wearable expression, it’s simply about Internet of Things applied to wearable items. Watches, glasses (remember Google Glass?), sneakers and even T-shirts already received chips and sensors.

The issue was to find some really useful, unique and objective functionality to those devices. Being only an interface to your cellphone inside your pocket is not enough. And, of course, it cannot be ugly or disturb your life.

That is why, even after some years and very promising launches, this industry hasn’t taken off. Google Glass has been rejected and multiple fitness wristbands became unused, because of patents breach processes or because they couldn’t deliver everything they had promised.

Even so, giants such as Google and Apple keep making progress in this industry, launching products or at least testing trends. Until now, one of the most sold wearables of all times was Apple Watch.

Yes, the one that came up with a tremendous hype, but didn’t meet good part of the expectations. Well, people just… didn’t know what to do with it.

After all, it is practically a mini cellphone with an attached wristband doing everything a cellphone can do (and it’s expensive).

Anyhow, around 12 million watches were sold in 2016, which would represent a market share of 49%. Not bad, but not surprising either.

And how did they improve people’s health?

There’s the problem: they didn’t improve much. One of the pioneers in this industry, Nike launched the FuelBand in 2012, but it got out of the hardware industry and it was kept only in the Nike+ applications already mentioned.

This migration is due to one simple reason: while a device dedicated to this function is expensive and complicated, besides changing people’s routine, developing an application that uses the cellphone sensors is way cheaper, easily updatable and it’s already integrated to the users’ lifestyle.

And as long as the manufacturers cannot create really useful functionalities, smartphones will be always ahead.

Wearables will be, for now, only niches. Interesting projects, also related to health, like the usage of eye scanners and artificial intelligence (DeepMind, by Google) for early detection of several diseases are pretty cool.

However, they don’t get to most of the customers and are really hard to explore, in a marketing way, by companies.

So, how to apply this kind of technology at the big audience’s daily routine?

Maybe one of the best answers is health insurance with wearable technology. After all, a lot of people want to protect themselves with a health care plan, and preventive medicine has been more and more relevant.

Your soccer friend was right

Remember when you were playing soccer and they started talking about discounts in health care plan, in case the insured achieved fitness goals, like burnt calories in a day, or walked kilometers?

If you do remember, please tell me where you live, because you’re still the exception in Brazil.

Creating this scenario is very nice and pretty, but it’s not the only advantage that the insurance companies will have with a mobile health apps’ strategy. As I already mentioned, creating applications is way easier and cheaper than launching a fitness wristband, besides presenting the following benefits:

The same way that the insurance companies can offer better automotive insurances for better drivers, or custom home insurances for those who live downtown or outskirts, the insured who are more athletic and worried with their health tend to pay less for services, right?

It seems to me a fair exchange, as long as the company that provides the service can accurately measure if the goals are being reached.

The insurance companies will need to create smart systems of charge, using the big amount of data applied to Artificial Intelligence frameworks.

Fortunately, there are several APIs that make this process easier.

Control in the insured’s hands

Sometimes, the insured spends beyond their health care plan. Either for an appointment carried out uncovered by the plan or some rate that was mysteriously charged, the customer feeling some kind of frustration at some point is not a rare thing to happen.

With the health applications, this possibility almost goes away.

It is possible that the application has detailed information about the benefits that the insured has; it is also possible to check clinics and laboratories to carry out exams near the place you are, something that multiple insurance companies already provides in Brazil.

Of course, the next step is to show a number of statistics that might indicate to the user if he is keeping their body active and in shape, or if he is eating too much and running too little.

The nicest thing is that you can count on fitness APIs applications that already measure such data and you don’t have to deploy physical activities’ gauges and controllers that are exclusive for the insurance company’s application. So, the customer keeps using the preferred gauge and just need to enable integration with the application of the health care plan.

Retention of users and omnichannel

I refer here to that feeling of comfort that we have when we’ve been using a service for a long time, and we receive special treatment when accessing our benefits and advantages, no matter the way, via application, website or even non-virtual environment (in this case, assistance via telephone, in clinics and laboratories, etc.).

This is an important step for the insurance companies that want to create a “Glue Effect”, in which the customer is already so involved with the health care plan that he does not want to leave the current company.

Maybe the insurance company provides a concierge service, custom plans, or even partnerships that offer discounts in cultural events, like cinema, theater and concerts.

After all, keeping a customer is cheaper than acquiring a new one.

Acquisition of customers and growth in industry

Even if it’s easier to keep the current customers, the health insurance industry is still vast and hasn’t explored all the social levels. There’s still a big number of people, especially in developing countries, which solely depend on hospital assistance.

Often, government is responsible for this assistance, like SUS (Single Health System) in Brazil.

No partisanship or moral judgments, the truth is that there are no advantageous health care plans to the SUS traditional user. When I say advantageous, I mean neither to the insurance companies nor to the insured people.

Because of all those technology novelties, the acquisition cost for customers is drastically reduced, allowing the application of new strategies. It is estimated that this industry will handle around 26 billion dollars in 2017.

Although all of this is wonders, there’s still a number of difficulties and barriers to be achieved. Don’t fool yourself: most of those barriers are not technological.

The technology to apply everything I’m saying here already exists for at least some years. Either for body statistics monitoring or to create a concierge service embedded in the insurance company’s application, the app just needs to be developed with some APIs.

One of the biggest inspirations for this article was the North American insurance company, Oscar. The application is their core business platform, with multiple (or beyond that) benefits and advantages that I mentioned throughout the article, provided to their customers.

It proves that it’s possible to do all of this, as long as the cultural and market conditions are favorable.

Now we can see that it’s not that simple.

The matter of generating data, used by insurance companies, is very complicated. How to ensure that someone’s application, which is measuring how many steps you took in a certain day, perform an accurate measure?

Or that you’ve hacked the application in order to get discount in the health care plan’s invoice?

Who owns such data? The user? Or the application that created it? Maybe the insurance company itself, since it would also use such data to create custom plans for you and other customers.

None of this is clear to the law, and there are several relevant questions about privacy, which we can’t answer or even speculate yet.

There are more debates than ever about it, but we are still far from conclusions.

This also makes people distrustful. There is a strong cultural barrier, in which people may not be prepared to measure everything they can with their cellphones, and give their detailed profile to the insurance companies.

After all, we don’t know what’s going to happen with the data. What if they leak?

Yet, it seems that there is an increasingly number of people willing to try. Capgemini’s data of June, 2016 states that 43% of people would feel comfortable to share data generated with wearables with the insurance companies, thus getting discounts and advantages.

So, the future has a lot to revel to us, mortals. Stay tuned here in the Blog to know more about this subject! Please check and sign up to our newsletter to receive all these nice contents in the convenience of your e-mail.

Do you want to know more? Talk to one of our specialists, just fill the form below and soon we will get in touch ;)