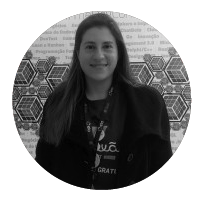 In the previous post [But why Go?] we’ve talked about the benefits of the Go language. In this continuation, we’re going to discuss the Go language structure.

To understand the structure of a Go program, we need to analyze its code, so let’s take the hello world from our previous post.

The packages facilitate the process of division of responsibilities. A package consists of one or more .go files.

Every Go program must belong to a package and that specific program belongs to the “main” package. In this case, the combination of the main package declaration and the main function makes a Go program executable and independent.

The Go standard library has over 100 packages for common input (data input) and output (data output) style tasks, sorting and text manipulation. The fmt package, for example, has both input and output functions, Println being one of the basic output functions.

As said earlier, Go is a compiled language. This means that it converts a program and all its dependencies into a computer’s machine language.

The run command executes our initial code, as follows:

It should display the following line

Go handles Unicode natively and this makes it easy for it to process text in any language.

This will generate a binary executable file, named hello, which can be run at any time without any additional processes, as follows

Golang in 20 minutes by Wesley Willians

The Go Programming Language by Alan A. A. Donovan and Brian W. Kernighan

Do you want to know more? Talk to one of our specialists, just fill the form below and soon we will get in touch ;)