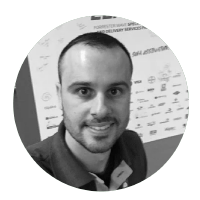 Before talking about the benefits that a low-code API platform can bring, let's start by talking about what a platform is. The platform concept is very broad, so for our scenario, we will use the term digital platform.

A digital platform is a business model created to facilitate the integration between producers and consumers of services and/or information with added value to the business in question. Complementing this definition, an API platform presents a set of tools and features that permeate the entire life cycle of an API, which is directly linked to the business.

To make this life cycle more viable and easier, some resources are essential. A mature tool that contains these well-defined structures can reflect benefits such as standardization of development, team productivity, code maintenance, facilitated learning, minimization of errors, focus on business and, consequently, reuse.

The standardization of the development is provided through the use of the resources available in the tool in an equalized way, so that the same components are used in time of configuration (or codification). These components are pre-developed on the platform, so that the developer does not need to re-invent the requirement behavior, especially the non-functional requirements, which follow standards based on good development practices, i.e., the platform does the coding work, and the developer is left with only the work of configuring the desired behavior in the flow of a given API. As the platform brings this implementation in a standardized way, the equalization of the result is much more effective than in developing behaviors via free coding.‍

Team productivity can be achieved by making the most of the resources the platform offers. For this, it is important that the tool is prepared to provide autonomy for the developer to operate the platform so that the recurring work is reduced more and more with the componentization. For example, when we talk about security, it is essential that all APIs come out with the same level of protection, and in a scenario with several resources and methods to implement, it is essential to have a tool that supports this development in an accelerated way and with low amount of repeated effort in building this code.

These two points mentioned above are fundamental to talk about maintainability, because once the development is standardized, based on behaviors created through components via processes established by the platform, providing support and evolving the life cycle of these APIs becomes much more productive. The operations team, for example, will not need to give maintenance in other people's code, which is a known challenge in the world of programming, besides reducing the chances of having to call the developer responsible for that API, because the tool brings in a very friendly way via interface what are the components configured for that asset, all in a parameterized way. This benefit extends throughout the entire organization, not only restricted to the development team, but also spreading to all other areas such as support, infrastructure, operations, and even the business team.

The facilitated learning appears as a benefit in guided navigation issues, because the platform offers mechanisms based on graphical interface to ensure that developers feel more confident in implementing an API, even if they are beginners in the area or the tool, i.e., the onboarding of these developers happens in a very intuitive, allowing this developer has enough autonomy to learn according to their own speed and curiosity within the platform.

This leads us to the minimization of errors, because the platform is built with the objective of preventing these deviations of freely developed code that can impact the good functioning of APIs. When the developer has the freedom to create the API behavior via conventional code development tools it is more difficult to cover these eventual points of failure, because each developer has their own programming style and even their degree of affinity with a certain language, which can create an immense complexity for the project. A well-structured low code API platform already contemplates these minimum implementation validations, besides providing automations to reduce, for example, the chances of deploy failures, which are often not part of the API developer's skill. In short, these low code development platforms are built to minimize manual errors in development time and accelerate the implementation of projects with greater reuse of code and greater intolerance to failures.

Based on all these benefits cited, the one of greatest value without doubt is the focus on business that a low code API platform can bring. Besides accelerating the development of non-functional requirements, a low code platform also contributes to reducing the operational load of the development team so that they can focus on the business rules that need to be implemented, that is, the concern with the code is delegated to the tool, and the team can dedicate itself to the development of the core business. In addition, these platforms help reduce the need to structure new teams to cover points adjacent to development, such as monitoring teams, because they already provide dashboard and alert mechanisms that can directly summon the operations team or even the business team.

The sum of all these benefits mentioned above make up the reuse, because once the development is standardized, with a good level of productivity, allowing the operation to make the maintenance and continuous evolution of the APIs developed in the platform, so that all are in the same degree of maturity with respect to the knowledge of what was built, and the error rate is controlled in some way by the processes and automations, certainly the reflection on the business will be evident. This way, most APIs can be reused in future projects, reducing the operational cost of re-developing code because of a technical debit created by some limitation of technology or development version, which eventually happens when we are working with some IDE or some more specific language. Obviously reuse has its maturation time to start providing results, but in fact it appears when supported by a good low code development platform.

Sensedia is an expert in API development and has a low code API platform 100% adherent to the benefits we quote in this content. If you want to know more about how a tool like this can help your API driven business strategy, talk to one of our experts, just put the data in the form below and we'll get back to you soon! ;)