Internet of Things on Home Insurance 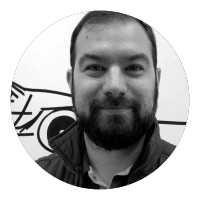 Do you remember Fight Club, in which Edward Norton and Helena Bonham Carter watch multiple synchronized explosions through a window of a building?

Of course you do, it’s a classic!

All of this is part of Mayhem’s project, which was sparked in the mind of Edward Norton’s character, in the day that… his own apartment blew up!

This was the day that he “met” Tyler Durden, and met him again in the bar, because he became homeless due to his apartment explosion. Then, the adventures began.

And Fight Club just happened because Edward Norton didn’t have insurance for the apartment. It’s a pity, isn’t it?

Internet of Things in Home Insurance

As I mentioned in the previous article of this little series, the insurance industry is going through a digital transformation, the same way that your bank, your transport and your food.

More than a trend, this is already a reality. The industry already has tools and technologies to expand their capacity to provide a better services to their customers.

In general, the insurance companies will be able to provide a way better service, based in three major pillars:

It’s pretty simple, and I’ll explain each one!

When a car is fresh from the factory, it already comes designed with multiple sensors in the engine, wheels, steering wheel, radiator, and so on. These sensors will indicate to the car’s control system whether it is working well or not.

This allows the driver to know if their product is working according to what was promised by the automobile manufacturer, but more than this, it ensures the full safety of users and other bystanders.

In the case of a house, which takes much more time to be built, and it’s not common to come with practically any type of sensor, how can you know if you are susceptible to problems with foundation, termites, infiltrations or even a dangerous neighborhood?

The answer to these and other questions is in the Internet of Things.

In short, the term Internet of Things is referres to the connection of any device to the Internet. Your TV, car, wearables (smartwatches) and even smartphones: all of them are part of this big network, with more components than human beings in the Earth.

With the price reduction of the hardware prototyping devices, and the increase of startups in this area, having a collection of sensors in one connected device is not too expensive anymore, neither so futuristic as it seems.

Giving a practical example: the thermostat industry is a booming market in the United States, where cold weather is very severe in many months of the year. In this context, a startup came up selling smart thermostats that could connect to the house Wi-Fi network and be set up via application.

So nice that caught the attention a tech giant: Google. There were several questions over what Google knows about thermostats, or why it would join an industry of home automation.

Then, the skeptics realized that Google did not buy Nest in order to join the thermostat industry, but because they are a company of data, and want to provide useful services (and useful advertisements) to the users of their services;

So, when a user is not browsing in their Android phone, searching on Chrome or doing spreadsheets on Google Drive, he must be at home, relaxing. Together with a device, as Chromecast, connected to the TV, a thermostat can help to understand a good part of the users’ routine.

In the beginning of 2016, Google also launched a home assistant, like those to which the user talks to make an appointment in the schedule or say the news while having breakfast – are on our way to getting our Rosie, from The Jetsons (remember her?)

This growth in the industry of smart devices for homes, as well as another giant company in the technology industry (in addition to Apple and Amazon) launching their tentacles, show the trend of the data collection about homes.

It also empowers the resident people to understand what goes on with their house, the same way that I mentioned with the car, besides quickly activating their insurance company, in case of claims or need of assistance.

And, it will not be only homes. Soon, every ecosystem of homes, parks, buildings, buses, cars, and their citizens will compose a network: a Smart City.

Cities will be the ecosystem of insurance companies

The term Smart City may not be familiar, but you just need to think of Internet of Things applied to a city, with open data to empower the citizens over the city they share.

What does it have to do with the insurance companies?

It’s simple: every home is a home. It doesn’t make sense that I, who live in an apartment in Campinas that was never affected by a flood, earthquake or explosion, pay for the same services that a mansion in São Paulo downtown, where the home invasion rate is bigger, for example.

You already know that the insurance business involves knowing features that can prevent claims to happen. If there is a better chance of something bad happen, the insurance company is taking a bigger risk to carry out the insurance, so it will charge more.

Demographic information, such as the neighbors’ social profile, crime rates, climate effects, presence of parks, hospitals and schools at the neighborhood, and even the disease transmission in certain regions of a city: they are all useful data for public policies and, of course, insurance companies.

This also brings more tools for the insurance salespeople, and for plans that are customized to the specific needs of each customer. Don’t choose the cheapest or simplest plan (because some of them are so complicated!)

An example of how we are already in times of smart cities is one of the government plan’s goals of São Paulo mayor, João Doria. At the end of March 2017, Doria promised to have 100% of the data exposed by the city hall in open format, so that any citizen of São Paulo can analyze and use such data the way they want.

Here at Sensedia, we are enthusiastic about the subject. We have already performed a hackathon in partnership with IMA (company that handles IT of Campinas and other neighbor cities).

More power to the user (and the insurance company)

Throughout the article, I’ve already given you multiple examples of how the policyholders will benefit:

Of course, insurance companies also get a lot:

This is just a general picture of the subject.

I’ve reached the end of the article without talking about APIs! Well, of course they are involved in all of this, allowing all the captured information to be consumed in every way possible. But, in this case, the disruption of an industry is what matters, thanks to technology.

Technology that, if well applied to the apartment of Edward Norton’s character, probably would have avoided a number of problems, but it would also have avoided one of the best movies ever.

It would be a quite different story, but still, I would like to watch it. Let the smart homes come!

Are you curious about the APIs role in this context? Get in touch with Sensedia, so we can have talk about it.